Grand River Rocks was founded by Josh Tuffin, Christoff Le Roux, Mike Cieplak, and Scott Hamill. Good friends and seasoned climbers long before the idea of opening a climbing gym was ever even imagined, the four owners built much of the gym with their own hands. In August 2011, the doors of Grand River Rocks Kitchener opened, and Kitchener-Waterloo officially had a gym entirely devoted to rock climbing.

In November 2013, our Kitchener gym expanded!  We took over the unit next door, and we now have much more to offer!  We have a small workout gym (with a treadmill, elliptical, weights, and rowing machine), a viewing deck, fun walls for kids, another boulder, and many more top-rope and lead routes.

In December 2019, we decided to bring climbing to Waterloo with our brand new bouldering-only facility! Here we have a moon board, a training area, a gear shop, and a workout area open to all members and daypass users. 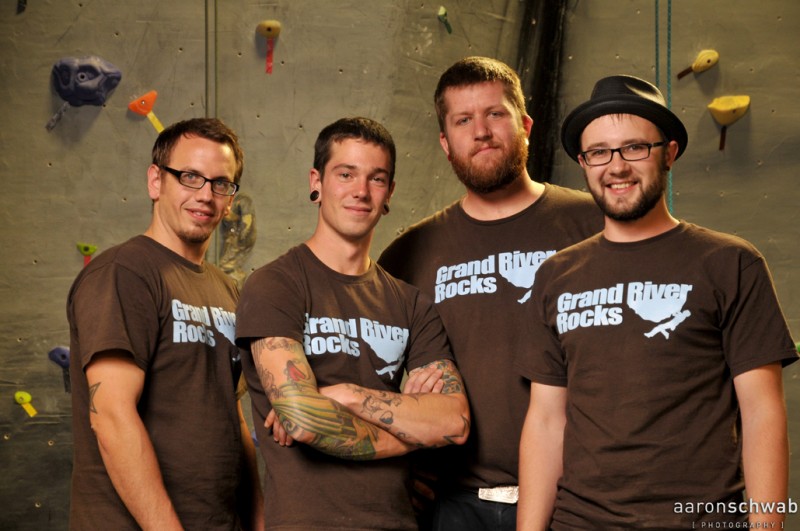